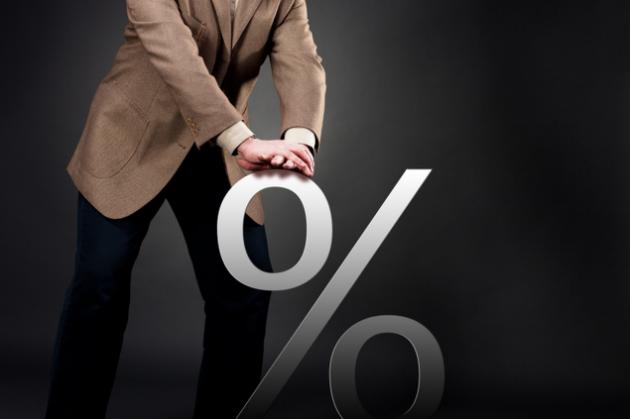 Fixed mortgage rates have increased by about 0.40% in the last 8 weeks.   Today’s 5 year fixed rates are at around 2.89% and will could continue to go up in 2017.   There are political and fundamental reasons why rates have gone up. (oh, by the way..  it’s not panic time.. who ever said that 5 yr fixed rates were the best product to choose anyways? more on this later.)

Govt of Cda bond yields have gone up around 0.55% since October (fixed rates are priced from govt of Cda bond yields).  It’s more expensive for Lenders to fund mortgages due to stricter government regulation and higher Capital holding requirements.  These increased costs are being passed down to the consumer.

Okay, this is the “how” the rates are higher.. but what’s prompted these fundamentals?  Why are rates higher?

TRUMP… Yup, that guy has impacted Fixed rates.  Let’s be honest.. 6 months ago, who really thought he had any chance of winning?   (maybe the Russians if you believe the recent headlines).  Mr. President-elect Trump, has promised to stimulate the US economy with spending.  Spending means inflation.  Inflation triggers rate hikes.  The US stock market is at an all-time high.  The TSX is also up around 8% as are all stock markets.  Investors are betting on inflation.. hence, bond yields are at the highest level in almost 2 years.

TRUDEAU…The Federal Liberal govt shocked banks and financial experts when they announced stricter mortgage rules with no documented consultation (in other words, they just did it with no input from any experts..  kinda scary.  If I’m wrong and someone has documents to show they consulted any expert, please let me know).  They also thought it was a good idea to force the implementation in just 2 weeks, instead of the usual 3 months.

Here’s a link that explains the Mortgage rules changes in common language.

But let’s stand back and take a look.  Historical average 5 yr fixed rates are well over 5%.  We are nowhere near that.  Variable rate pricing is at 2.35%.  These are still ridiculously low interest rates.  Should we really be in a panic?  No way.  Enjoy the low rates.

For the past 14 months, the shift has been away from Variable rate and towards Fixed rates due to the rates being priced so close.   (Variable rate has been around 2.35% and you could also get a 3 yr fixed for as low as 2.24%).   To better understand where rates are headed, we need to look at The Bank of Canada Governor, Stephen Poloz.   Poloz said he is keeping the Bank of Canada rate where it is, at least until we see the economy make significant improvements and only if we see inflation go above the target 2% level.

The Trudeau govt and the Minister of Finance, Bill Morneau, announced unprecedented new mortgage rules, like the ‘Stress Test’ and limiting your mortgage to homes with a purchase price of less than $1,000,000.  Yup, if you buy a house costing more than $1,000,000, you will not be able to access a mortgage from a large number of Lenders (that use portfolio insurance) due to the new rules. I doubt that this will effect many purchasers in the

They also announced other rule changes..   like no rental property mortgages for single family dwellings.. Yup, only 2 units or greater, will qualify for a mortgage (for Lenders that use portfolio insurance).  How bizarre?  I’ve yet to see any written explanation on why this was introduced.. ??  Yeah, I’m puzzled by the Federal govt’s rules, changes and motives…in case you couldn’t tell.

Most of us know that a mortgage requires default insurance (CMHC, Canada Guaranty, Genworth) when you buy with less than 20% down payment.  The lower your down payment, the higher insurance premium.  But, most of us don’t know that mortgages with more than 20% down get insured… at the lender’s expense.  Lenders pay a reduced insurance premium to have a secured mortgage.  It’s protected from any loss.  This now becomes a safer investment allowing the Lender to offer a lower rate of return to investors, and giving Canadians access to a lower rate of interest.

Canadians have enjoyed the benefit of these low rates for over 15 years.     It’s been working extremely well.  Mortgage Arrears are at historical lows.  So, what’s the problem?  Our Federal govt wants to reduce access to this insurance.  End result is higher interest rates.   Hmmm.. there’s a phrase that comes to mind..   “If it ain’t broken, don’t fix it.”    Maybe the govt motto should be, “if it ain’t broken, we’re gonna fix it anyway.”

Variable rate products were not as attractive over the past 14 months.  But that’s about to change.  As Fixed rates have increased, Variable rates are offering some significant savings.   2.35% vs 2.89% is a substantial savings when it comes to a mortgage.  That’s $2300 annual savings on a $400,000 mortgage.  (there are even some variable products at 2.05% today with certain conditions and qualifying!)  Look for Variable rate pricing to become even cheaper as Fixed rates go up.  This is a trend that has occurred in the past.   Nothing new.  We just need to be aware of trends.

Here’s another phrase that applies to both our Federal govt policies and mortgage rate products.    The more things change, the more they stay the same.  I’ll let you interpret what this means.

Credit given to, Steve Garganis

Are Housing Prices Going Up, or Down?

Ontario’s Plan to Tax Foreign Buyers and Expand Rent Control: What You Need to Know